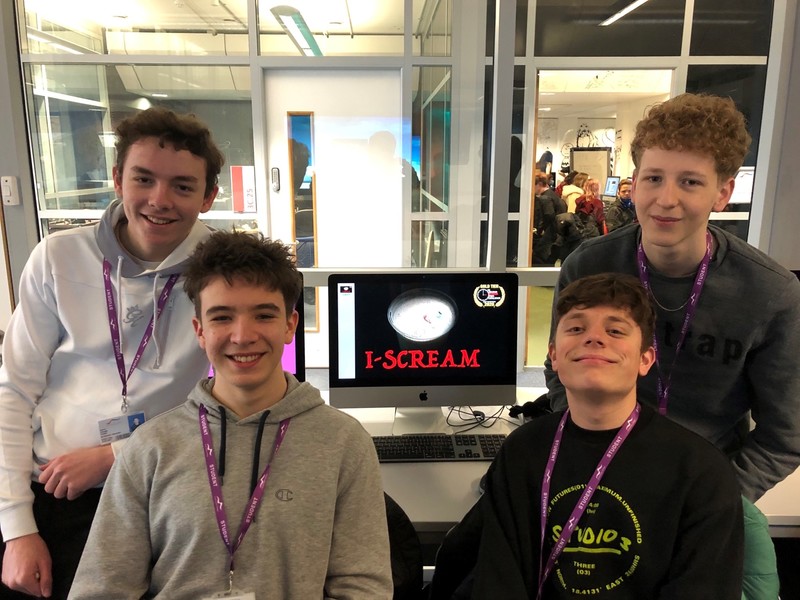 The students, who all study Level 3 Creative Media (Television & Film) at the college’s Southend Campus, created ‘I-SCREAM’ and submitted it to the 15 Second Horror Film Challenge where it won a gold award.

The Canadian competition is an online non-profit international filmmaking contest with a variety of showcases from Halloween onwards including the beloved annual celebrity favourites ranking, judged by many famous directors and actors from the horror film genre.

Ryan said: “ Our lecturer encouraged us to enter the competition. To win gold was an amazing feeling, mostly because it was our first time entering a film contest so it was a great experience.”

Freddie said: “Knowing that our film outshone so many other short films made me feel really proud of what our group accomplished. I’d like to do a longer horror film for my final major project as you can be so creative with this genre.”

For more information about the Television and Film courses at the college, visit https://www.southessex.ac.uk/course/creative-media-production-television-and-film-production-level-3-extended-diploma

See the Success of
Our Students