Elizabeth Sipiere was appointed to the Board in March 2019 and appointed as Chair of the Corporation in August 2019. Elizabeth is a member of the Policy & Resources Committee, the Search & Governance Committee and Remuneration Committee. She is the link Governor for Digital Technologies, Media and Performing Arts.

Elizabeth joins us as an experienced board member, having had a career in technology including CEO of a number of Private Equity backed businesses and as Global Head of Capital Markets at HP and President of Broker Business at OMX (now OMX Nasdaq). Elizabeth has also held a number of Non-Executive Director roles over the last 17 years. She is on the board of Swan Housing, providers of social housing and regeneration projects in East London and Essex and chairs their Operations Committee. Elizabeth has a BSc and MSc from the London School of Economics.

Dr Roderic Gray was appointed to the Board in 1998, is Chair of the Policy & Resources and Search & Governance Committees and a member of the Remuneration Committee. He served as Vice Chair of the Corporation from 2006-2012. Rod is a Chartered Member of the CIPD and was formerly a management consultant and coach. He now writes on organisational behaviour and is a visiting research adviser at a Polish university. He is the link Governor for Equality & Diversity, HE and Business Development. 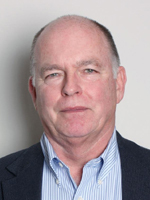 Richard Launder joined the Board on merger with Thurrock & Basildon College in 2010, having served as Chair of the Board of that College leading it through the merger. He served as Chair of the Corporation in 2011 until 2015 and is also a member of the Policy & Resources Committee, Search & Governance Committee and the Remuneration Committee. He holds a number of non executive directorships of information technology companies following his retirement as managing director of a European subsidiary of a large US software company. Richard is the link Governor for International Business Development, Employer Engagement, Health & Safety and Capital Projects. He is also a director of Essex Shared Services Ltd. 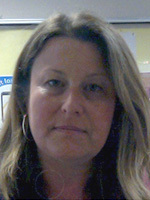 Jo McGee was elected as a Staff Member of the Board (Academic) in December 2017 and is a member of the Curriculum & Quality Committee. Jo is an Advanced Practitioner, Teaching & Learning. 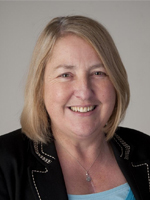 Angela O’Donoghue, CBE is the Principal and Chief Executive of the College, having been appointed in 2012. She has had a long career in FE, most recently as Principal for over six years of City of Sunderland College. Previous to that, she established BSix Sixth Form College in Hackney where she was Principal for 5 years. She serves on the Policy & Resources Committee, the Curriculum & Quality Committee and the Search & Governance Committee of the College. 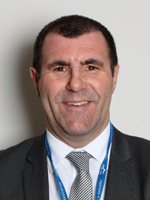 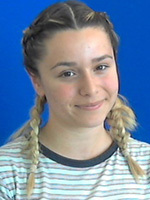 Estrella Rodriguez-Ponce was appointed HE Student Governor in 2018 and is a member of the Curriculum & Quality Committee. 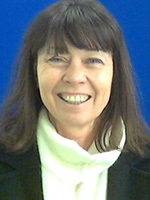 Sarah Stone was appointed to the Board in 2019 and serves on the Audit & Risk Committee. She is the link Governor for Workforce Apprenticeships. Sarah is employed as a Director of People and Culture in a global managed print and IT Services company. She lives locally and is a member of the Basildon Business Group. 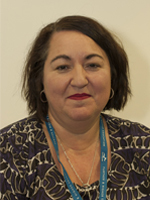 Maya West joined the Board in January 2014, is Chair of the Curriculum & Quality Committee and serves on the Policy & Resources Committee. A Fellow of the CIPD, she has worked in a number of private and public sector organisations as well as having been a lecturer on the CIPD courses. Since moving to the area in October 2013, Maya is employed locally as an Employee Relations Manager as well as a Consultant in Human Resources and management coach. Maya is the link Governor for Service Industries. 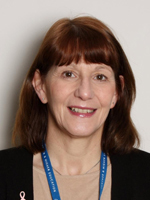 Gwynn Williams was appointed to the Board in 2012 and appointed as Vice Chair of the Corporation in 2015. She is Chair of the Remuneration Committee and a member of the Curriculum & Quality Committee and the Search & Governance Committee. Gwynn retired in May 2012 as a Divisional Commander with Essex Police, for whom she served for over thirty years. She is also governor of an infants’ school. Gwynn is the link Governor for Health & Science and Safeguarding. 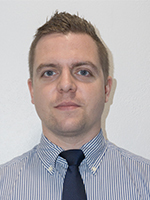 Adam Lyons was appointed as a co-opted member of the Audit & Risk Committee in August 2016. He is a qualified Chartered Certified Accountant, working as an IT Audit Analyst for Informa plc from April 2018. Tom Thompson is a co-opted member of the Audit & Risk Committee from March 2017 having served on the Board from 2013 until 2017. He is a Chartered Certified Accountant and works as Group Manager of Administration (overseeing Finance, HR and IT) at a UK subsidiary of a Japanese manufacturing company.

Clerk to the corporation 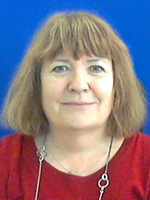 Melissa Drayson has been the Clerk to the Corporation since November 2019. Melissa is an experienced governance professional. She has managed and supported Further Education Boards of Governors for 20 years, but also has experience of governance within the private sector, charities and academies. Melissa holds the Professional Diploma in Corporate Governance from the Institute of Chartered Secretaries (ICSA).

Following the government’s announcement on 22 February the college is working towards resuming on-site learning for students from Monday 8 March.

We are currently finalising plans to ensure the return to college is as safe as possible for everyone and will share this information with you shortly.

We will be following current government COVID-19 guidelines which includes the rollout of COVID-19 testing at the college (you can find out more at www.southessex.ac.uk/covid19-testing) as well as making the wearing of face coverings compulsory in all areas of the college (including classrooms), unless you are exempt.

At this time, students should continue to attend online lessons. More information about timetables and return to on-site learning will be posted on our website as we continue to follow information and guidance from the government.

Thank you for your support and understanding at this time.