Outstanding staff at South Essex College have been recognised at an awards ceremony.

Trophies and certificates were handed out during the college’s annual staff AAA Awards to staff who go above and beyond the call of duty.

More than 760 nominations were received from students and staff to recognise members of the college across different categories. A total of 31 awards were presented on the day.

Many of the nominations came from students themselves who were keen to thank members of staff who have encouraged and supported them to achieve.

Senior Learning Resource Centre Co-ordinator, Sarah Vadevalloo, was nominated for her caring nature and regard for her work. Her nomination continued: “She is always smiling and ready to help and support, both staff and students and it really feels as though nothing is too much trouble. She is, without exception, always helpful, friendly, pleasant, supportive and polite.”

Another winner, A-Level tutor Fiona Watson, was praised by a student for ‘going above and beyond.’ The nomination read: “I can say with absolute certainty that I would not be capable of, nor would I want to do, the course without her as a teacher. She instils curiosity, the love of learning, and ambition in her students, and is admired and respected by each and every one of us.”

Anthony McGarel, Deputy Principal and Chief Executive handed out the awards and congratulated the recipients.

He said: “It is wonderful to hear so many stories about staff going the extra mile to help students achieve and support colleagues. Everyone plays a crucial part at the college and these awards are an excellent opportunity to recognise great efforts from staff. Congratulations to all our winners.”

Kathy Mulvey from the college’s Senior Leadership Team was also presented with an Outstanding Contribution to the College award, to recognise her 17 years of service.

And the winners are…

Team of the Year
Employability Team 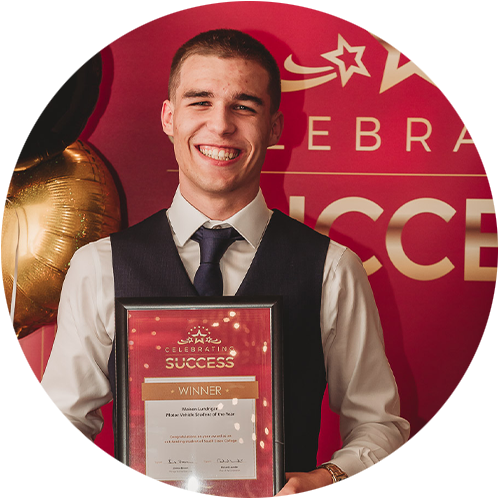 It’s a great college, especially for people with disabilities. The support I received from my tutor Charlie was brilliant. I really enjoyed the practical, hands-on aspect of the course.

Maison Lundrigan was named Motor Vehicle Student of the Year for his dedication and the consistent hard work he put into his studies.

The 18-year-old was praised for the high quality of his work and the fact that he was the first to pass his online exams.

Maison has achieved all this despite living with additional needs.

He said it felt ‘brilliant’ to win the award and ‘it’s made me realise that I can achieve even with my disability.’

He added: “I chose the college because it offered the right course for me.

“It’s a great college, especially for people with disabilities. The support I received from my tutor Charlie was brilliant. I really enjoyed the practical, hands-on aspect of the course.”

Maison is now looking forward to his apprenticeship so he can pursue his dream of becoming a car mechanic.

His tutor said: “He is a pleasant and well-mannered young man that any college or employer would be pleased to have. Maison has a very bright future ahead of him.” 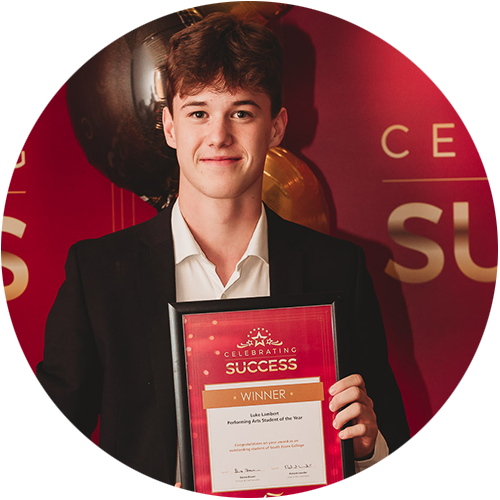 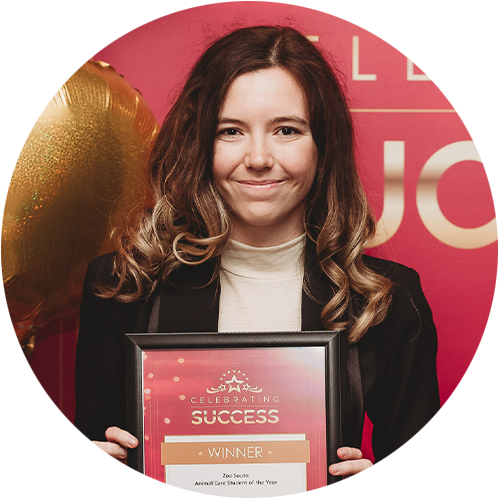 She was nominated for the award for her excellent attendance and attitude to college life and for completing work before deadlines to a very high standard.

Her tutor said: “Zoe is a very calming influence on the group. She keeps up-to-date with all work and goes above and beyond what is expected.

“Zoe may be hearing impaired but she never lets that act as a barrier to her learning and does everything to a great standard. I often have to set her work from level 3 to keep her ticking over.”

Zoe said: “I feel so proud of myself and surprised as I didn’t expect to be nominated, let alone win. I enjoyed all the support that was given during my course and have always been made to feel at home at the college.”

Zoe’s ambition for the future is to run her own pet services business or run her own cattery. I would definitely recommend South Essex College to those are who are looking for somewhere to be themselves and find their true passion.

She was nominated for the award for her good level of organisation and commitment to every task as well as being a mature, professional and articulate student.

Her tutor said: “Sophie takes advantage of every opportunity available to her both in college and outside, as she understands the value and benefits it will provide her with, in terms of networking, communicating, professionalism and improving her knowledge and skills. She is an absolute pleasure to have in the classroom and I hope she goes on to achieve great success.”
Sophie chose to study at the college because she liked the facilities that were available for her course.

She has loved the amount of creative freedom that the course has offered and being able to create any ideas and turn them into a reality with the support of her tutors.

Sophie was really proud and a little bit overwhelmed about winning the award.

She said: “I would definitely recommend South Essex College to those are who are looking for somewhere to be themselves and find their true passion.”

Sophie’s ambition for the future is to become a producer on the set of a live entertainment program. 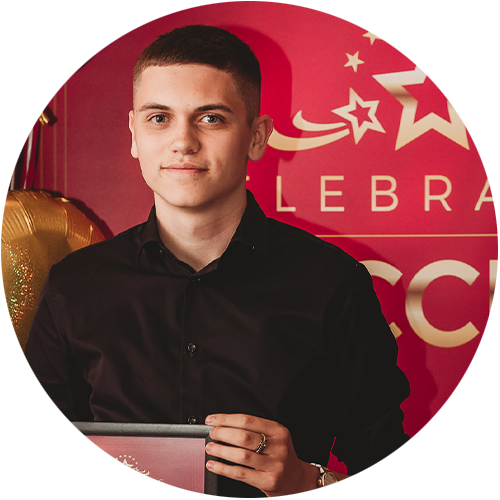 Coming to college gave me the opportunity to make a fresh start.

He was nominated for his positive attitude, work ethic and for producing high quality work, using digital and non-traditional methods.

His tutor said: “Reiss is a very nice individual, who is popular with the rest of the group and always eager to help other students. He should be incredibly proud of himself and his achievements because if he continues with this positive attitude and work ethic, he will have a fantastic future.”

Reiss would recommend South Essex College because of its accessibility, its support in all fields and the quality of teaching.

His greatest achievement was making a change in himself, to become more dedicated and motivated and be the ‘best version’ of himself.

He said: “I struggled a little in school with behaviour and staying focussed so I knew coming to college was a fresh start and I could make a new impression. By completing all work to the highest quality and always completing additional work, I was able to win this award which I am very proud of.”

His plan after college is to go to Loughborough University and continue pursuing his dreams.

His long term ambition is in graphic design where he would like to have his own firm and become a creative director, taking on jobs and rebrands for big companies. 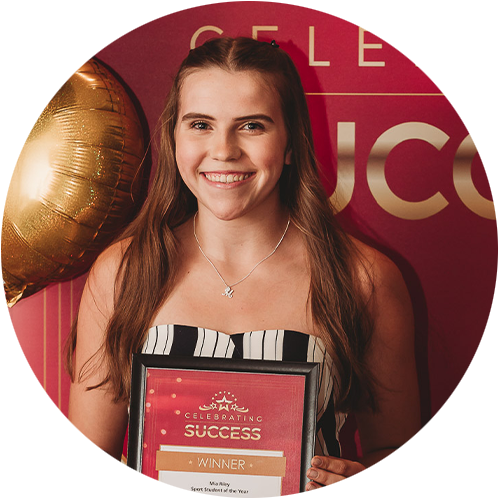 She was nominated for her award for taking on multiple extracurricular activities and qualifications through college and putting in all her effort to every academic situation.

Her tutor said: “Mia is on track to achieve the highest grade possible for her course and has improved greatly throughout her time on the course. She is an exemplary sports student and person with a great care for education and future. We wish her all the success for the future.”

Mia liked that the students were treated as adults compared to school and that she was given more independence across the two years.

She describes herself as a shy person and said it would have been easier to stay at school, however her current course sounded a lot more challenging and pushed her out of her comfort zone.

She said: “I feel so pleased about winning the award and feel proud to receive it. I am so glad I chose South Essex College as it has given me the independence I needed in preparation for university.”

Mia will be going to Loughborough University to study sport science, physical education and coaching, with ambitions to eventually become a PE teacher. I would recommend the college because it opens many doors to you, and a support that accompanies you

She explained: “When things like this happen, you just don't know how to describe them because they are special, but I can say that I felt very fulfilled and satisfied with myself”

Lubna chose to study at South Essex College because she felt it offered her the course that most suited her.

She said: “The college makes all students feel welcome and looks after them both mentally and physically. I really like my teachers, who have been very understanding about my language situation, they have  supported me so much and I would like to send all of them a thank you from my heart.”

Lubna’s tutor said: “ Lubna is a dedicated learner who always attempts work given to her with as much energy as possible. Lubna works very hard, is always attentive and focused, and produces high quality work because of it.”

Lubna added that 2022 has been full of success both from a personal, educational, and work point of view .

She said: “It was full of challenges as I am living in a country with a new language, people, culture, and climate. But all this was worth it, and one of the results that proves it is precisely this award.

“I would recommend the college because it opens many doors to you, and a support that accompanies you.”

Lubna plans to start a Level 2 Health and Social Care course and also work in health or sales services.

She said: “My ambitions for the future are many, but the concept lies in doing good for people so I would like to create a charity and become a positive influence to people .”